What makes certain people more prone to moments of aggressive behaviour? And how can we better manage those moments? To accurately answer these questions, we need to distinguish between two different types of aggression.

Web URL: Read the story on The Conversation here


Apologising for spitting towards a teenage girl and her father in a car, football pundit Jamie Carragher referred to a “moment of madness”. It was, he said, like an “out of body” experience, which had taken over for a few seconds following a football match between his old club Liverpool and Manchester United.

So what makes certain people more prone to moments of aggressive behaviour? And how can we better manage those moments? To accurately answer these questions, we need to distinguish between two different types of aggression.

The first is what psychologists refer to as “proactive aggression”. This is a deliberate, purposeful attack on a victim. Proactive aggression is often associated with callousness and a lack of remorse or guilt.

The second type, “reactive aggression” is an impulsive response under conditions of stress or anger. It is a response to provocation, frustration or threat, and involves enraged attacks, usually directed at the source.

Examples of reactive aggression might include so-called crimes of passion or road rage – and Carragher’s response to the actions of a football fan on the motorway. Such aggressive outbursts are often followed by a sense of shame and regret, which makes them different to proactive aggression.

The brain mechanisms underpinning reactive aggression also differ, as seen in a study of intermittent explosive disorder (IED). IED is a behavioural disorder characterised by disproportionate outbursts of anger and violence.

For the study, individuals with IED underwent an MRI brain scan while observing pictures of faces with various emotional expressions (angry, sad, happy, frightened) to observe how the amygdala (an almond-shaped structure in the brain behind the temples) responded.

The amygdala tends to activate when we feel threatened or fearful, but is also important for responding with empathy to emotions in other people. Under normal circumstances, we inhibit aggressive behaviour because we empathise with the pain it might cause victims.

In the study, participants with IED showed a much greater amygdala reaction in the left side of the brain in response to angry faces (a threat) than those who did not have IED. The degree of reaction was also linked to the number of serious aggressive outbursts the person had engaged in throughout their lifetime.

In addition, for those with IED, communication between the amygdala and an area at the front of the brain (the orbitofrontal cortex) was impaired. The orbitofrontal cortex helps to integrate emotions and social context in order to activate situation-appropriate behaviours. The frontal lobes affect our ability to monitor, plan and regulate behaviours and emotions – our self-control.

If the amygdala is too highly activated, it can override the function of regions involved in monitoring and regulating behaviour, leading to the experience of “blind rage”. Poor emotional control (frontal function) is associated with an increased tendency towards reactive aggressive behaviour.

Overly rigid control over emotions can also present difficulties by impairing the healthy processing of feelings. Under continued conditions of stress, at some stage, a person will reach breaking point. Although the outbursts might be less frequent, the rage experienced is often more severe.

The accumulation of intense over-controlled emotions due to chronic stress and continued provocation can make a person vulnerable to intermittent, but severe explosive reactions. People in high pressure situations where emotional control is required (such as athletes, politicians or surgeons) may be particularly vulnerable, and might consider taking specific steps to reduce the risk.

There are several innovative ways in which people can build psychological resilience and regulate behaviour. These include brain training, meditation and nutrition, which can alter the way emotions are experienced or perceived. Mindfulness meditation, for example, has been shown to help in the regulation depression, anxiety and anger. 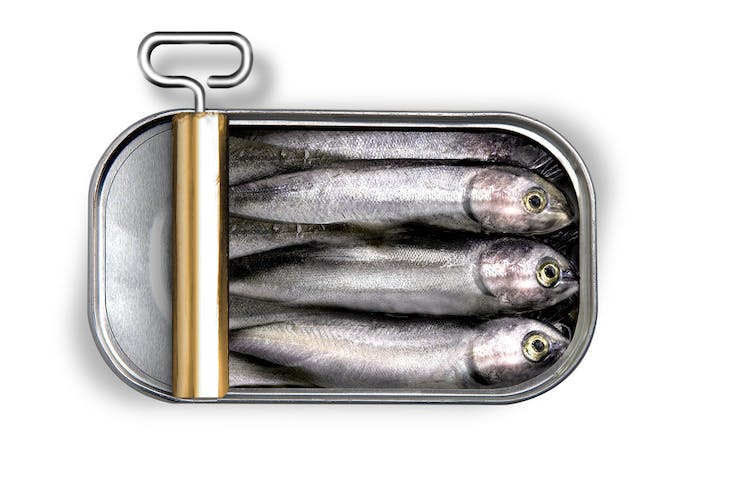 Reducing aggression in a tin. Shutterstock

Other methods directly address the body’s physiological response to stress, when steroid hormones (like cortisol) and inflammatory chemicals are released in the body. These can damage the body and brain, and interfere with the modulation of emotion and behaviour by disrupting and damaging functions of the frontal lobe and its connections with other areas of the brain.

This is in part controlled by our “second brain” – the gut. Work from our lab suggests the bacteria in our intestines plays a part in modulating feelings by affecting the release of these chemicals.

Collaborative work between Nottingham Trent University and the University of Reading is now looking into how the bacteria in our intestines is linked to brain function, and how we feel about ourselves and others.

What we eat has an impact on how we behave. Certain nutrients protect against these adverse effects – for example, those contained in fish or tumeric, a powerful anti-inflammatory.

Some studies suggest dietary supplementation with fish oil and other micronutrients can improve frontal lobe function and reduce aggressive behaviour.

Site by Redstone Websites. Easy to Use Web Content Management. 2021 © All Rights Reserved.