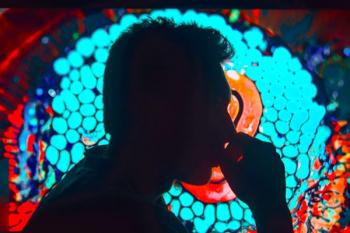 Iron levels in brain tissue rise during development and are correlated with cognitive abilities, according to recently published research.

Web URL: Read this and related articles on MedicalXpress here

It has long been known that a lack of dietary iron during pregnancy and early life can permanently impair brain development and function, and low iron levels have been linked with ADHD and related behaviour and learning difficulties, as well as with other disorders of movement and cognition.

In this new study, brain imaging showed not only that brain iron levels increase from childhood into young adulthood, but that low brain iron in a particular brain region (the basal ganglia - a dopamine-rich region involved in movement, attention and impulse control) was associated with poorer cognitive performance across a range of tests.

For details of the underlying research, see:
See here for more articles on iron and cognition.

Iron levels in brain tissue rise during development and are correlated with cognitive abilities, according to research in children and young adults recently published in JNeurosci. Future work could lead to iron supplementation as an intervention for atypical cognitive development.

Brain cells stay healthy in part by storing iron. It is most concentrated in the basal ganglia, a brain region that filters incoming information from moment to moment and suggests the best action to take. Low iron in the basal ganglia during early life is linked to cognitive impairment, yet we don't know how iron levels change during typical development.

The research team found that brain iron levels in the basal ganglia steadily increase throughout development and, in two subregions, continue to increase into adulthood. Decreased brain iron in one subregion, the putamen, was correlated with impaired performance on cognitive tasks involving reasoning and spatial processing, suggesting that brain iron is needed for healthy cognitive development.

Site by Redstone Websites. Easy to Use Web Content Management. 2021 © All Rights Reserved.